INHS and University of Illinois at Urbana-Champaign researchers are gathering the population size and distribution data needed to determine whether the cold-water crayfish (Faxonius eupunctus) should be listed as an endangered species.

INHS has printed a second run of its The Field Guide to Crayfishes of the Midwest due to popular demand! It is available through our website for $15.

Three new species of crayfishes, endemic to the Upper Kentucky River watershed in Kentucky, have been described: Cambarus taylori, named in honor of Dr. Chris Taylor, Curator of Crustaceans at the Illinois Natural History Survey; Cambarus guenteri, named in honor of Dr. Guenter Schuster, retired professor of biology at Eastern Kentucky University; and Cambarus hazardi, named after Oliver Hazard Perry and the town of Hazard, Kentucky.

These new species were described in a paper published in Zootaxa, accessible here. 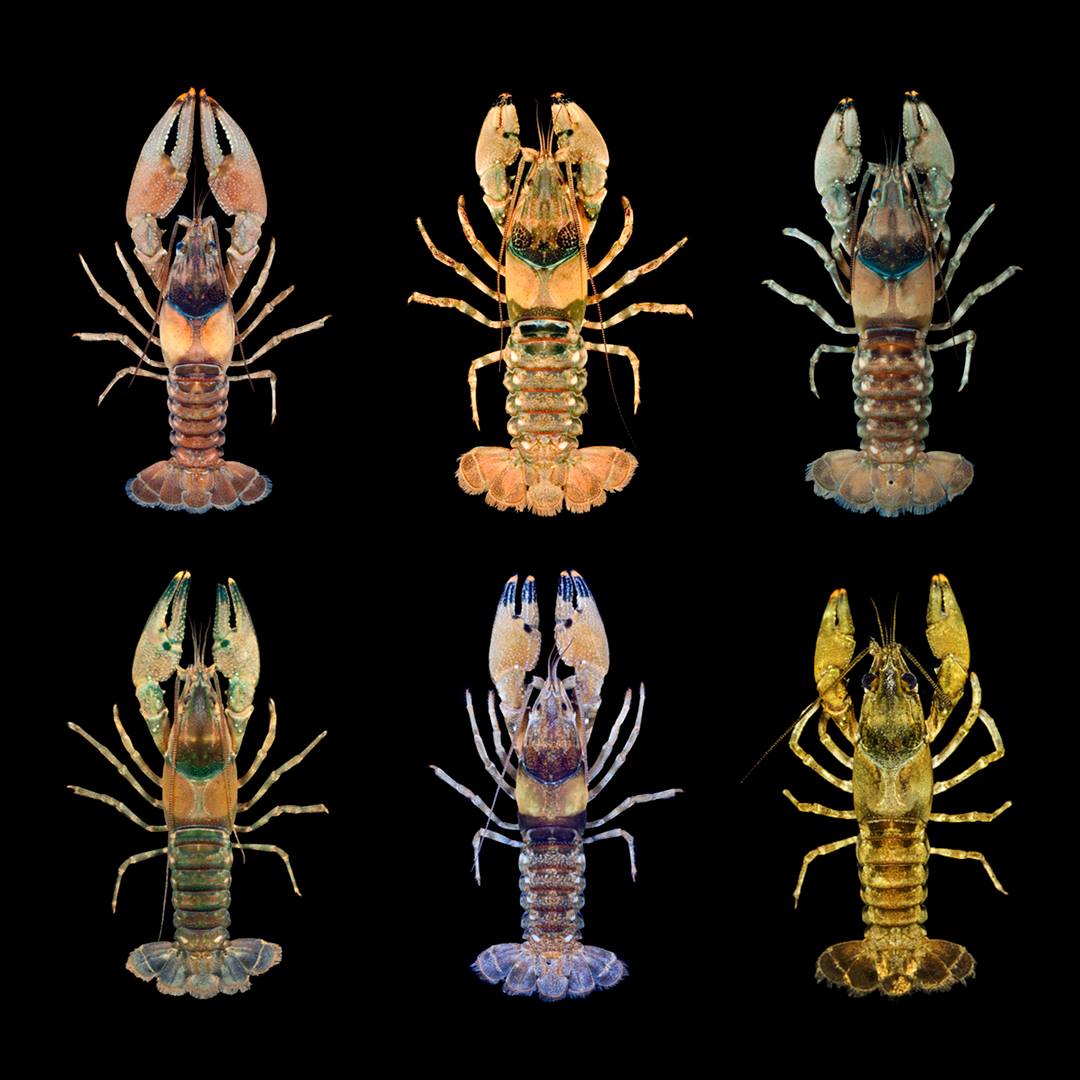 The journal article was published in Zootaxa and is available here. 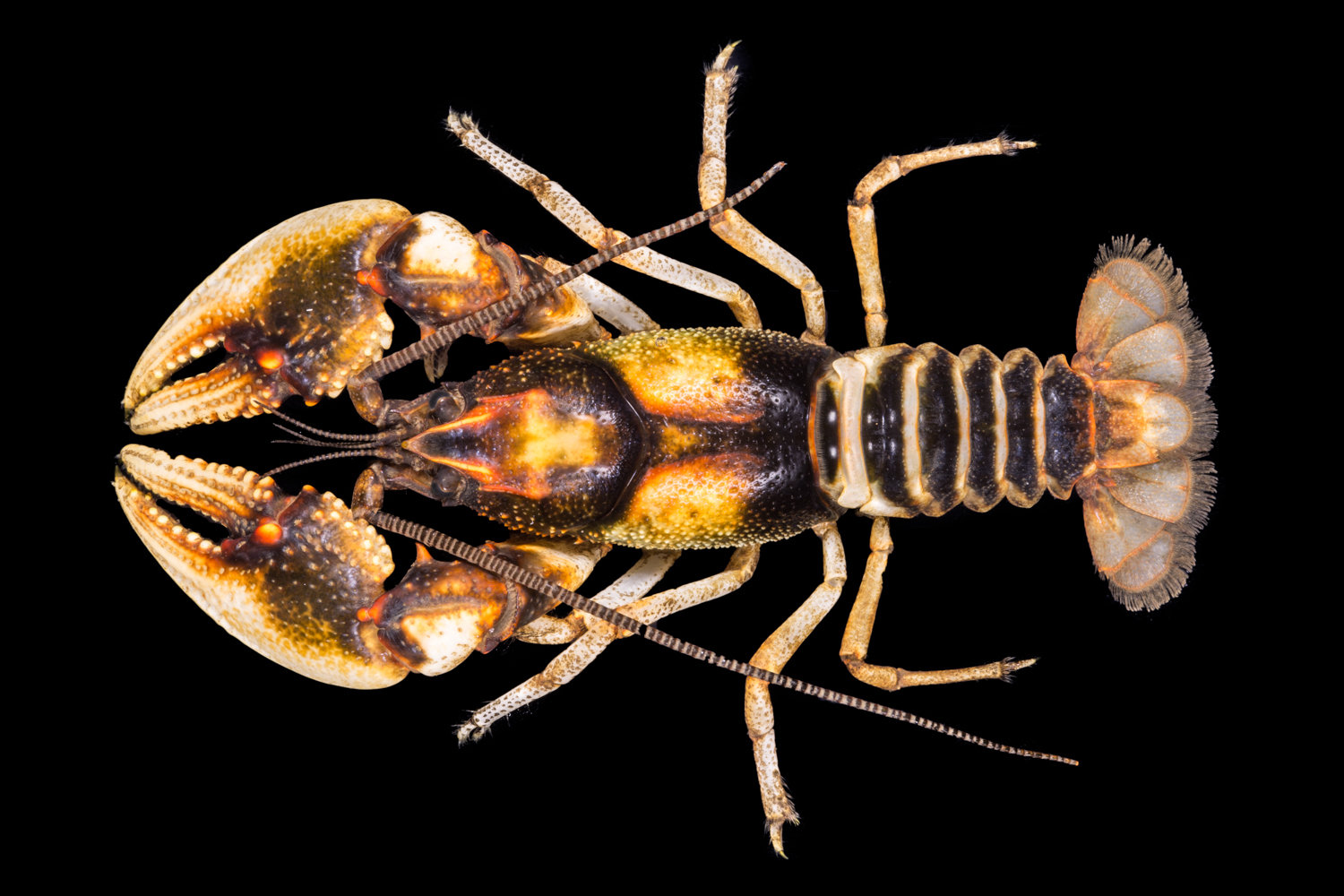 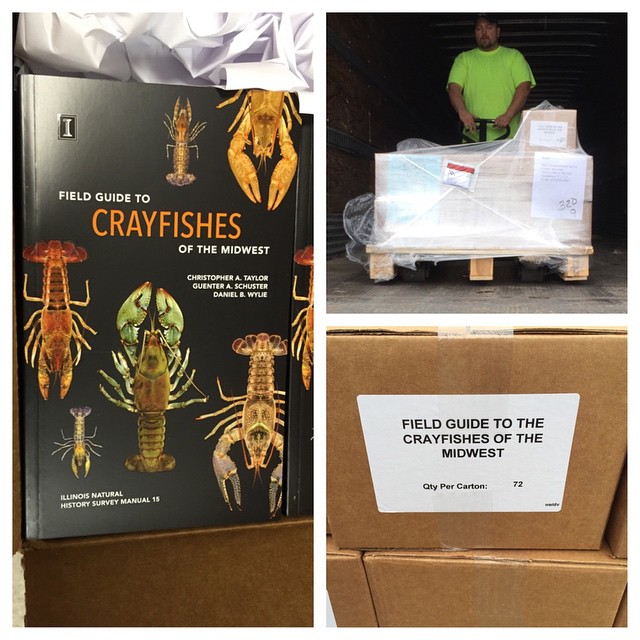 Much to our delight, the Field Guide to Crayfishes of the Midwest arrived today! It is available through our website for only $10.

CHAMPAIGN, lll. – Two aquatic biologists have proven that you don’t have to travel to exotic locales to search for unusual new species. They discovered a distinctive species of crayfish in Tennessee and Alabama that is at least twice the size of its competitors. Its closest genetic relative, once thought to be the only species in its genus and discovered in 1884 about 130 miles away in Kentucky, can grow almost as big as a lobster. …